This project was carried out during a one-week workshop in groups of 4 people, using Processing as the required software and "music" was our imposed theme. In one week we had to design an experiment on the imposed theme using the designated software. 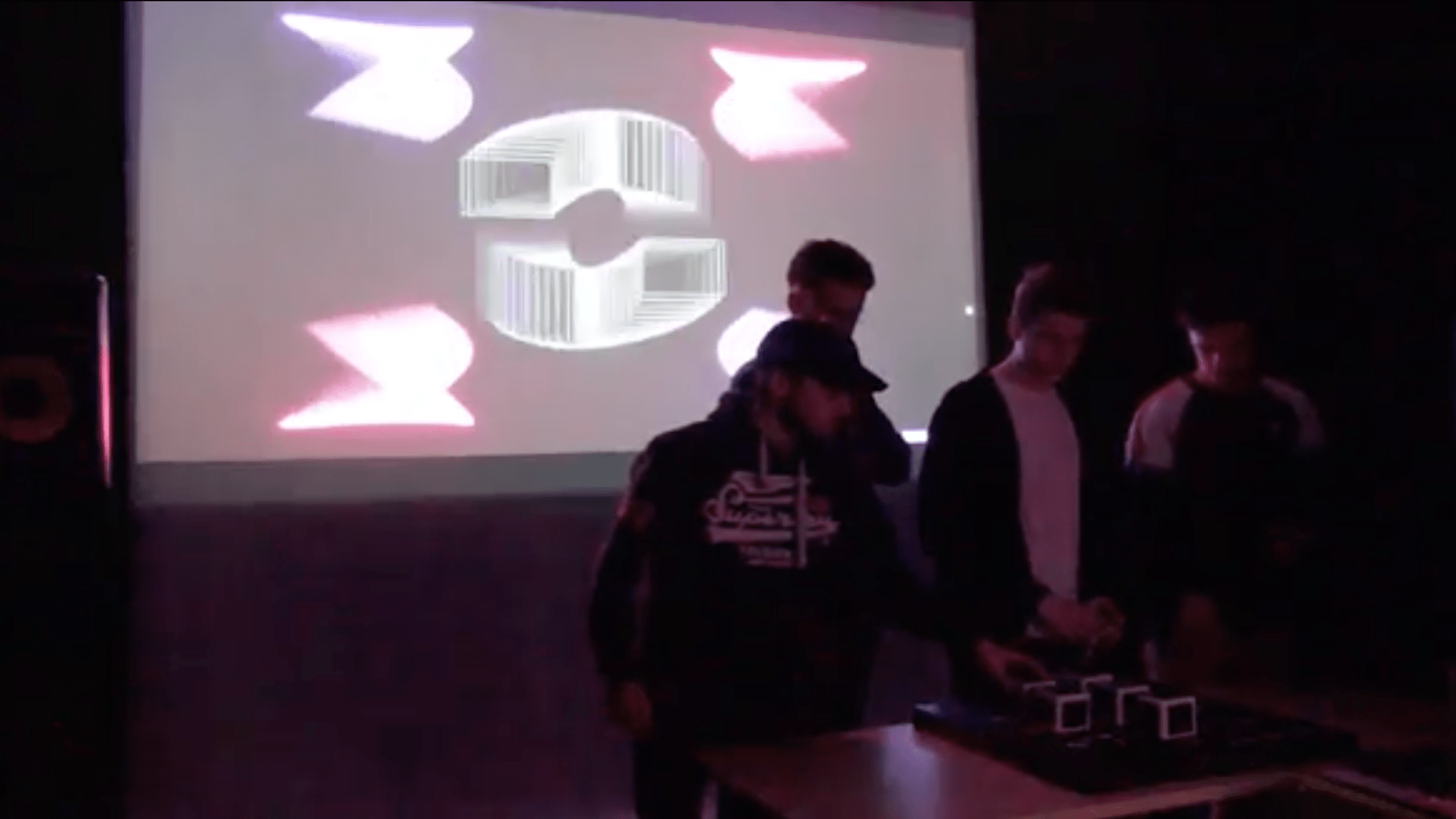 We started with a discussion and then a brainstorming session where each member had to write down what the theme evoked him, in order to be able to cross ideas and move forward. 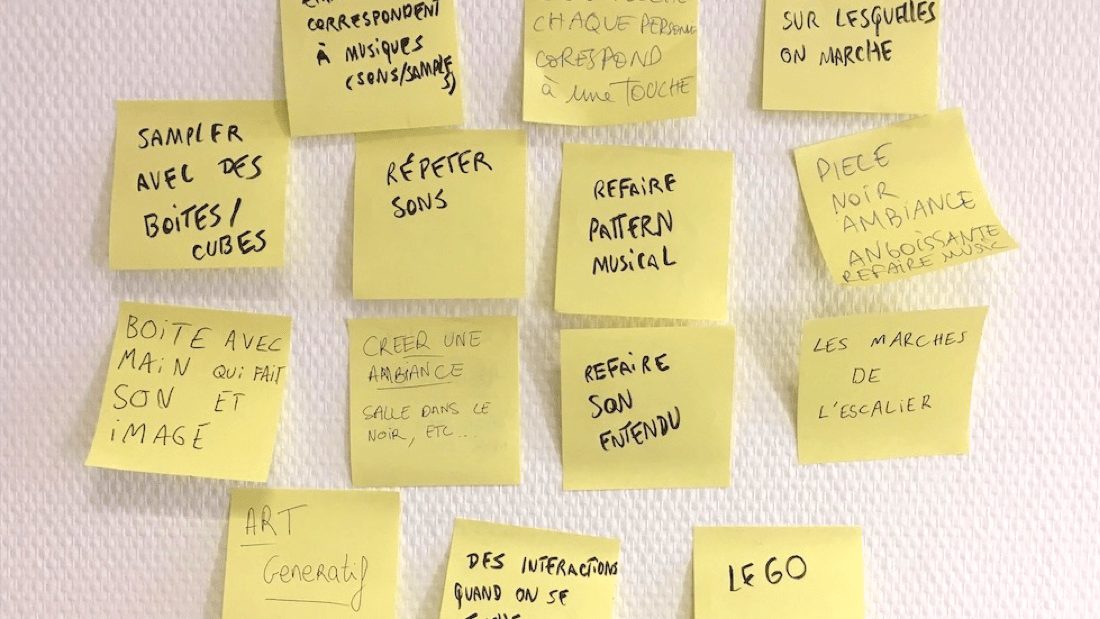 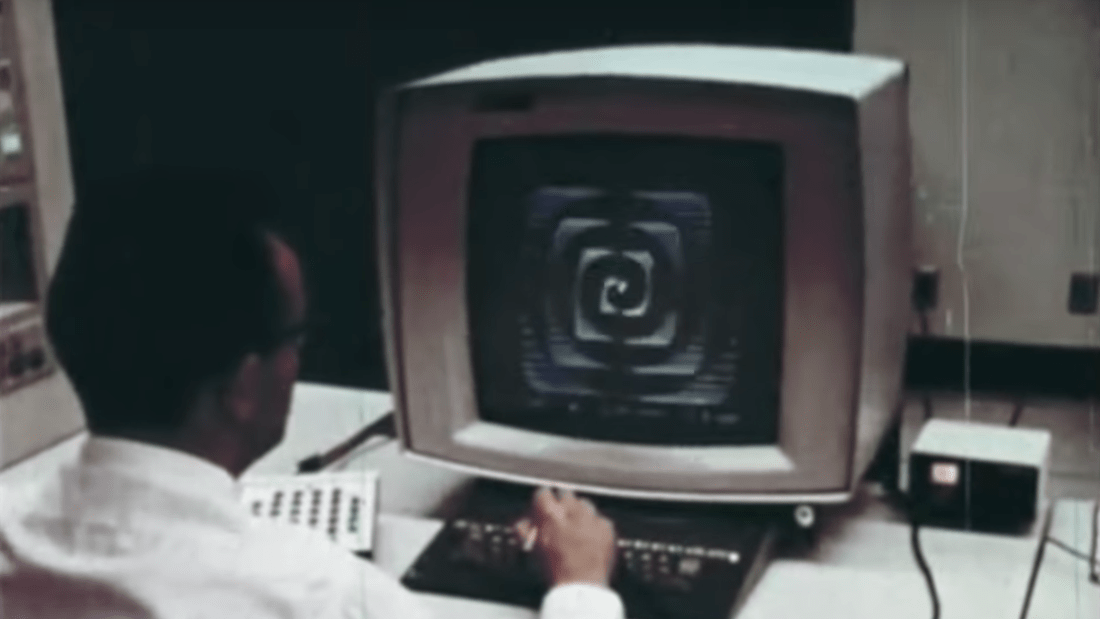 We were inspired by the work of John Whitney, one of the pioneers of computer art. He is nowadays considered as the father of computer-assisted image design, he created the first animations when he was hired by IBM. His task is to explore the aesthetic potential of computer graphics using an IBM 360 with a graphic display.

We have all been sensitive to this approach and it has led us to want to explore the visual dimension of sound. Indeed, we felt that today pads and electronic instruments no longer necessarily convey music in the same way as classical instruments. When we play guitar, we understand where the sound comes from, we perceive the vibration of the strings and the repercussion that the placement of our fingers has on the sound.When we play a pad where we only have to press the keys, we found that it wasn't the same approach.

We wished to design a new type of electronic instrument, on which we can visualise more simply the impact our actions have on the sound. A visual representation will follow the musician to better understand the different components of the melody he plays.

I worked on the product thinking (ergonomy, link the tangible with the sound), the industrial part (conception and creation of the instrument) and the interactions (animations on processing, visual design transitions and how they influence the experience).

We have designed an instrument with a surface area of one metre by one metre, made up of 9 cubes. The combinations of cubes on the instrument allow you to play certain sounds such as bass or melodies as on a pad. In addition, a visual animation allows you to visualise the sound and understand the impact that the movements of the cubes have on the music being played.

Here is the video of our performance on our last day with the instrument:

On the first day we combined all our ideas to come up with a concept. Then on the second day we used the Processing tool and explored the visual animations we could create with it. We aimed to recreate animations that were similar to the work of John Whitney, our inspiration for this project. 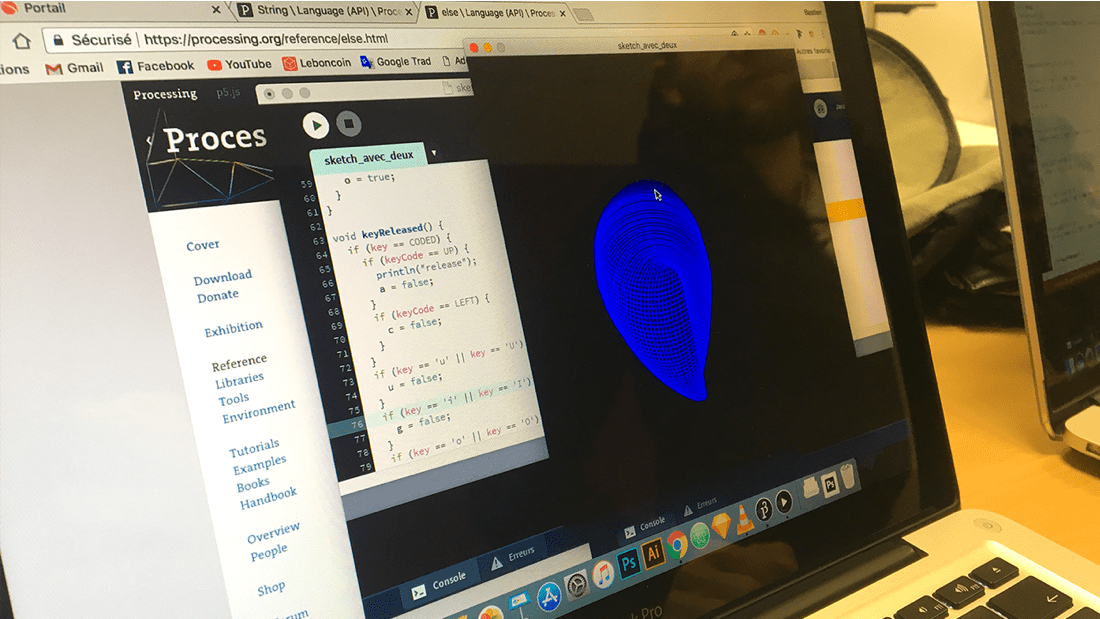 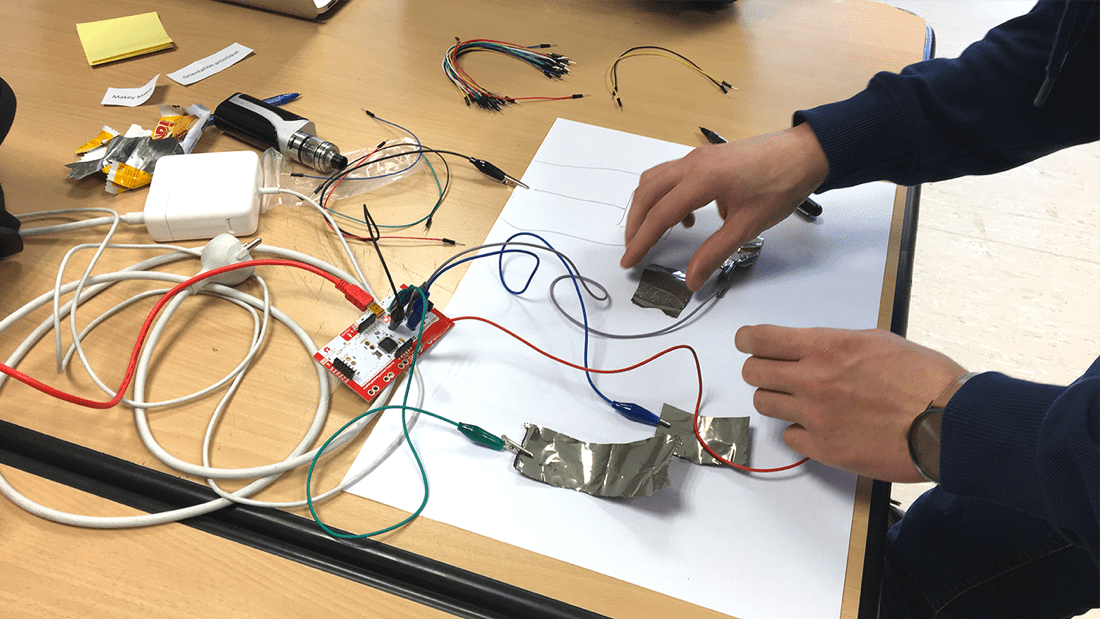 On the third day I worked with Victor to design the object in the atelier while Antoine and Bastien focused on the sound aspect of the project using Pure Data software.

On the fourth and penultimate day we added the electronics on the wooden structure which had just been painted black. We then linked the Processing code to Pure Data to have generative animations in relation to the sound. 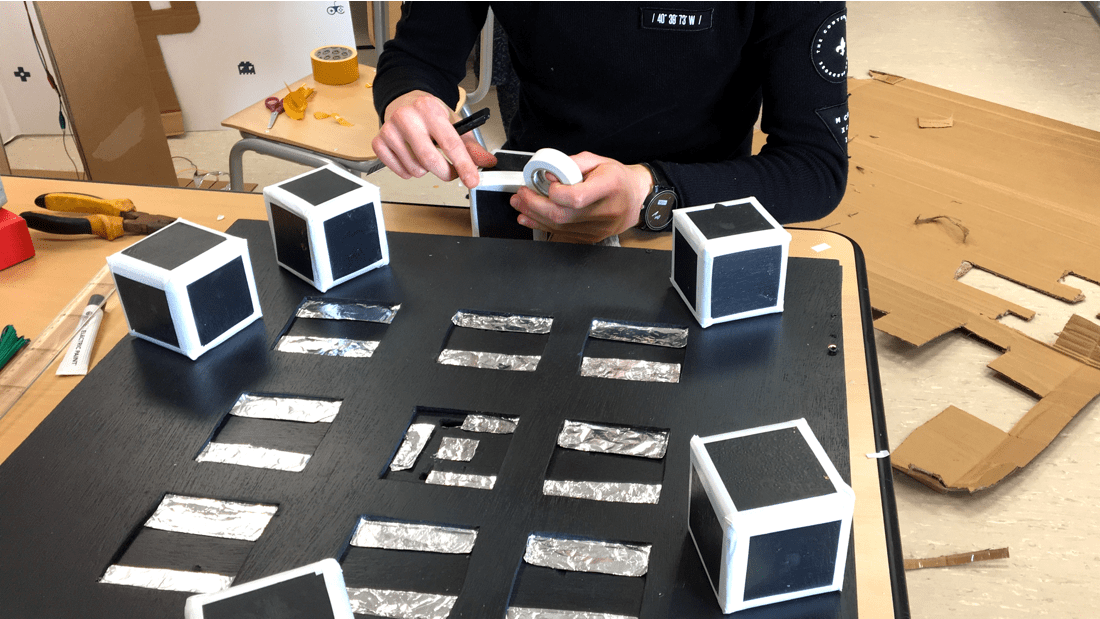 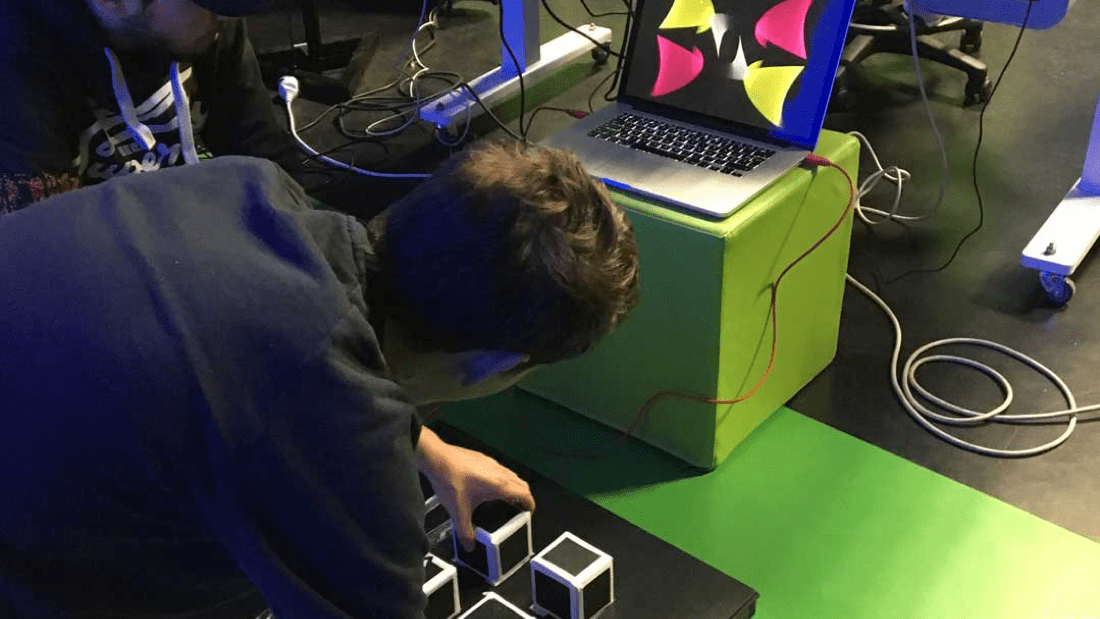 On the last day we decided to create scores for our instrument and test a few users to see if the instrument was intuitive and the score understood. Following his feedback we decided to add pictograms on the instrument that allowed us to know what the location of the cubes on the surface corresponded to. 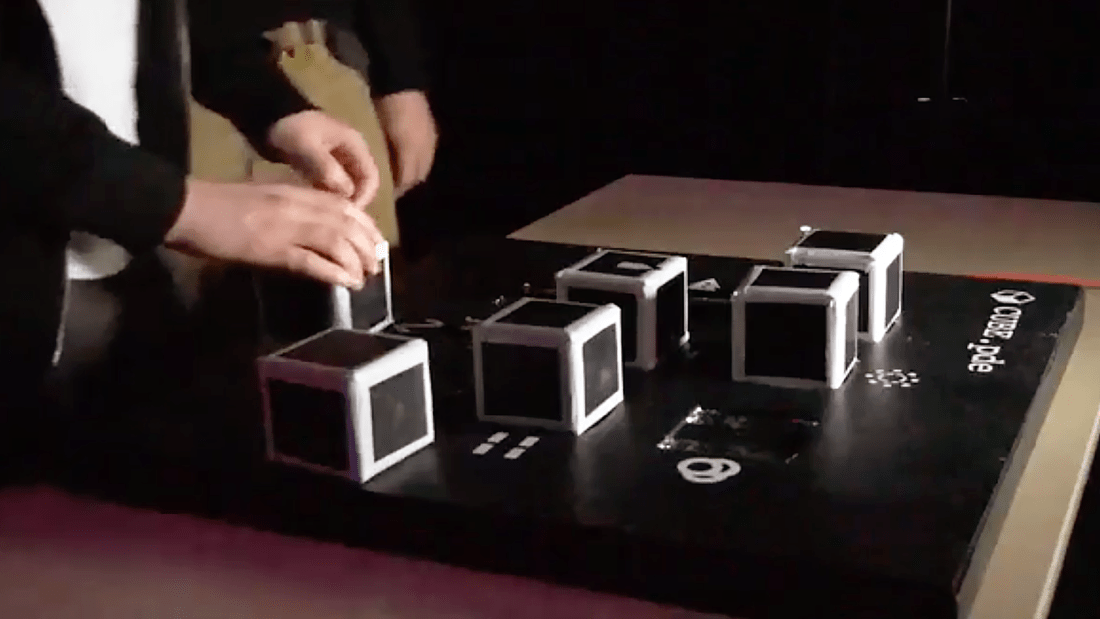 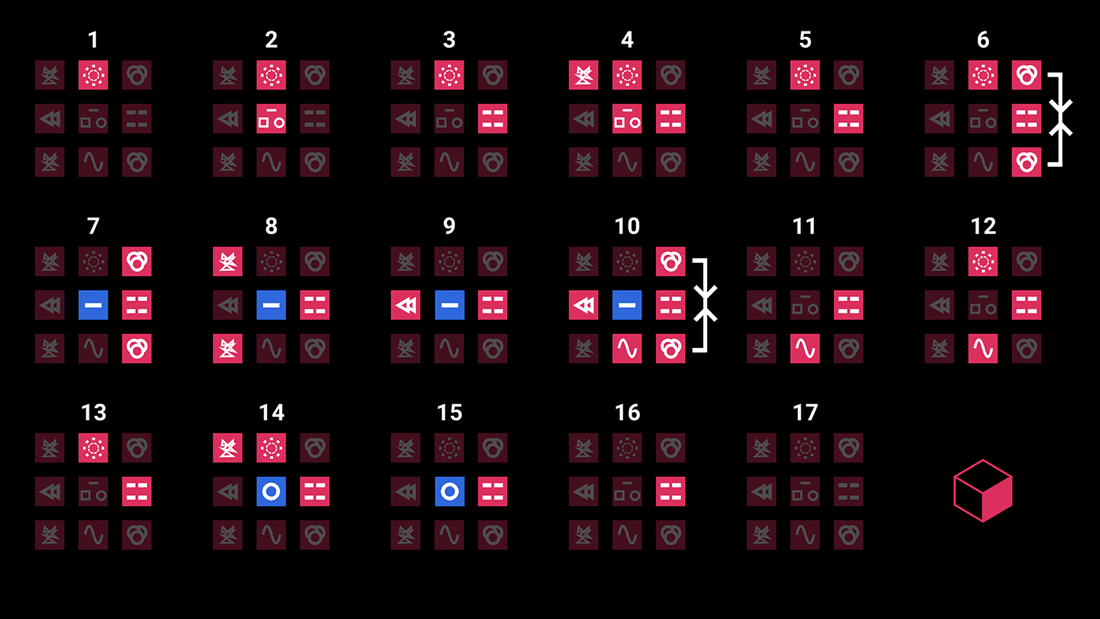 As a final presentation we performed a mini-concert where we played several of the scores on the musical instrument. The visual dimension of the sound was then projected behind us in a darkened room. (Watch the video above)

This project was interesting because the collaboration had to be efficient and the different tools had to be quickly taken in hand, which was the case. We stepped outside our comfort zone to explore fields of generative design to create a lively sound and visual experience.

It was also an opportunity to be able to experiment by being surrounded by competent experts to help us. The School gives us time to explore new approaches to design, which allowed me to discover areas that I might not have considered on my own.

This project was the jury's favourite and was highlighted in the selection of the year's projects on the school's website with a dedicated page. It has since been exhibited at the Nantes Atlantiques School of Design's open house every year.